Think Again Before You Reach For This Pain Killer! 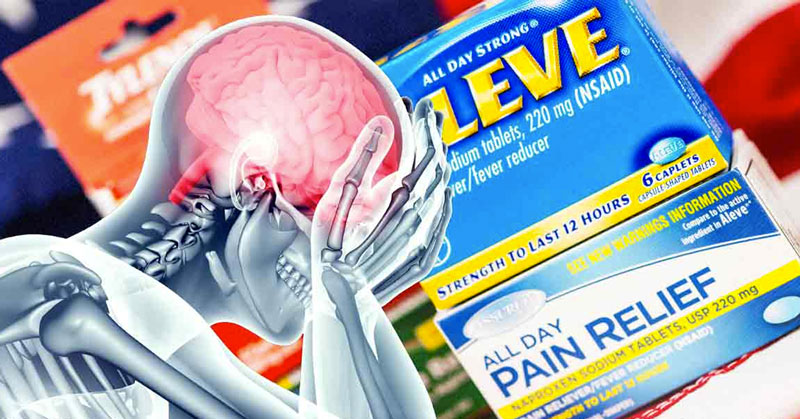 Between splitting headaches, periods, and muscle soreness, millions of Americans turn to a trusted companion for momentary relief: pain killers. These seemingly harmless pills are everywhere, and their existence is as plentiful as the number of symptoms they promise to treat. They populate the purses of women, the desk drawers of office workers, and they can be exchanged between strangers with a passing question: “Hey, got any pain killers on you?”

…and pop! goes the bottle.

Millions of Americans turn to a trusted companion for momentary relief: painkillers

Among the top selling painkillers is a particular category called “NSAIDs,” which stands for “non-steroidal anti-inflammatories.” NSAIDs are readily available and can be purchased as casually as you would a box of bandaids: over the counter, with or without prescription. Most people don’t even think twice before reaching out for these pills. When battling sniffles or body aches, they quickly summon the magical powers of an Ibuprofen (Advil) or Naproxen (Aleve) pill for quick relief. But what eludes us in the fine print is the side effects brought upon us by these pills. They can trigger serious health problems, including health complications that lead to death. In fact, NSAIDs cause over 16,000 deaths each year in the United States alone.

Among the top selling painkillers is a particular category called “NSAIDs,” which stands for… 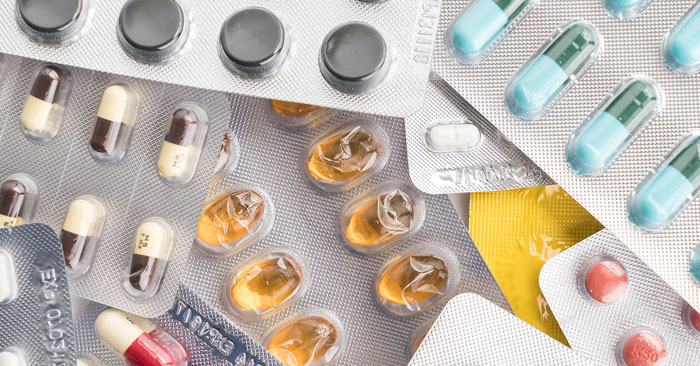 The ease at which we purchase these pills, their accessibility, their discounted prices—all of these convince us of their safety. We can pick them up with drive-thru-like convenience. But here’s the catch: everyone who takes NSAID painkillers is left with some degree of health damage. And the longer you take them, the worse it gets. Studies show that people who take NSAIDs for arthritis pain over the period of a year suffer more joint damage than those who take nothing at all. NSAIDs, ironically, inhibit your body’s ability to build cartilage (a necessary function for joint health). On the contrary, they promote cartilage destruction.

NSAIDs are also notorious for eating up healthy gut lining, thereby causing ulcers, internal bleeding, and gastrointestinal perforation. These gut complications, as common as they can be, are like silent saboteurs; they crawl up on painkiller-dependants with no warning, especially when their victims have no prior history of stomach issues. The outcome is even worse when NSAIDs are taken with alcohol. In fact, an Ibuprofen accompanied by your evening glass of wine can increase your risk of gastrointestinal bleeding by fourfold.

So it is no secret that NSAIDs damage the tissues in our digestive system. And since an unhealthy gut is the gateway to most human diseases, these pills often trigger several diseases and health conditions that are far worse than the mild symptoms NSAIDs attempt to treat.

it is no secret that NSAIDs damage the tissues in our digestive system.

Another less recognized adverse effect of NSAIDs is increased intestinal permeability, also known as “leaky gut.” Imagine this: for every pain, for every rash, for every soreness, you reach for a painkiller, and with time, these pills begin to thin your intestinal lining, thereby widening the spaces between cells, allowing larger, undigested food particles and toxins to leak from the gut and into the bloodstream, triggering inflammation, which ultimately leads to allergies, autoimmune diseases, depression, obesity, type 2 diabetes, heart disease, and in some cases, cancer.

Still not convinced? Here’s another list of health risks from prolonged NSAID use:

Still not convinced? Here’s another list of health risks from prolonged NSAID use

Aspirin is also classified as an NSAID. In our medical database is a collection of studies linking regular use of Aspirin to an increased risk of  macular degeneration, an eye condition where eye vessels leak blood into the retina causing damage, distorted vision, and even blindness. So if you take aspirin regularly for its cardiovascular health benefits, be sure to have your vision checked regularly.

Sleepless in the PM

Remember the last time you tossed and turned in bed, worried that insomnia was upon you? In those moments, most Americans fumble for an Advil PM or an Aleve PM to get their much needed z’s. But did you know that these pills actually play with your sleep hormone, Melatonin, which alone causes insomnia? They are a major culprit, studies show, in reducing Melatonin production and causing sleep disturbance. It is as though these pills are counteragents to the very problems they are supposed to solve.

They say ignorance is bliss, but undue ignorance about the chemicals and pills you consume is a danger to your wellbeing. So do yourself a favor and be aware of these common over-the-counter NSAIDs; also keep in mind the damage they bring from long-term use.

Prescription brands of these painkiller medications include: