The Dangers of Canola Oil 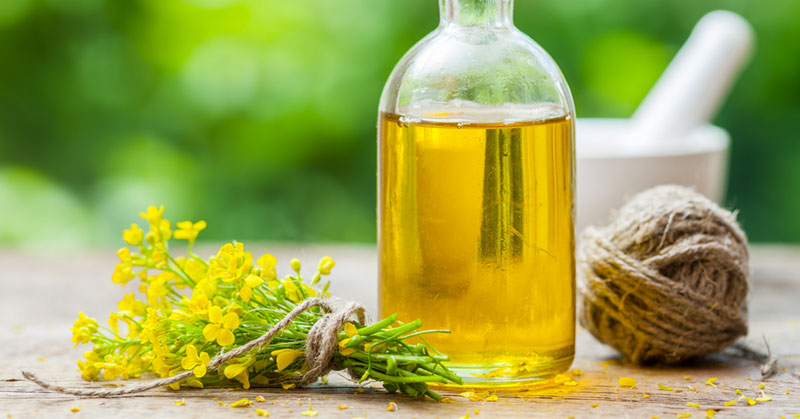 Unless you’re a raw vegan, whipping up your favorite dishes almost always involves oil. That pale, thick liquid is as diverse and versatile as the foods you pair it with. You fry with oil, you sauté with oil, you bake with oil, you roast with oil, you marinate with oil, and in some cases, you massage oil into your salads to humble those harsh greens and soften them before digestion. And when you’re not manually mixing this ingredient into your kitchen concoctions, rest assured that your favorite restaurants and food companies are doing it for you.

This reality demands an honest conversation about the nature of oil—canola oil, specifically—and its impact on our health. As this ingredient finds home in your mayonnaise jar and salad dressing, ask yourself: what do you know about canola oil?

canola oil bears no origin from anything in nature

Yet canola oil remains a celebrated companion to restaurant cooks all over America. Having swapped genetically-modified soybean oil for canola, these restaurants claim that their menu items are trans-fat-free. Before we swallow that statement, let’s scrutinize the case with some facts: canola oil goes through extensive chemical processing before being bottled up and shipped to your favorite restaurant. Food scientists hydrogenate and deodorize this liquid, granting it longer shelf life and an increased smoking point (so that it can withstand high-heat cooking), which consequently boosts its trans-fat content by 40 percent.

“Forty percent,” you ask, “is that bad?” Anything more than zero percent is plenty. The health risks for consuming trans-fat canola oil are many, and here at Enaya, we won’t mince the facts for profit. Brace yourselves for the full scoop on this common yet toxic liquid.

FIRST: Canola oil damages your lipid profile and can raise your triglycerides (body fat) by 47 percent.

SECOND: As we hydrate with brand moisturizers and lemon water, our canola oil consumption works to undo our efforts by aging our skin—and the body as a whole—by damaging our cell membranes. Skip the fifty dollar Estee Lauder cream and invest in some quality cooking oil instead. Your skin will thank you for it.

THIRD: Canola oil depletes the vitamin E levels in our bodies. Vitamin E, in case you’re wondering, is a major antioxidant, and its deficiency can trigger a wide array of illnesses (heart disease, Alzheimer’s, various cancers, diabetes, amongst many other conditions).

Canola oil depletes the vitamin E levels in our bodies

Being food-smart, label-savvy, and selective about your grocery list and restaurant outings isn’t enough to cut your canola oil consumption. Unfortunately, the Food and Drug Administration (FDA) has loose regulations for food manufacturers; they allow a NO TRANS FAT label for anything with less than 500 mg of trans-fat per ½ cup serving. So how can you stock your pantry and meal plan confidently, knowing that labels aren’t always in your favor? For starters, here’s a list of healthy oils and their cooking purposes to begin incorporating into your kitchen today:

LOW HEAT COOKING or sautéing: olive oil (this oil has a very low smoking point. It turns into a harmful compound and loses all of its healing properties when heated on high temperatures)