What You Need to Know about Organic vs. Conventional Produce 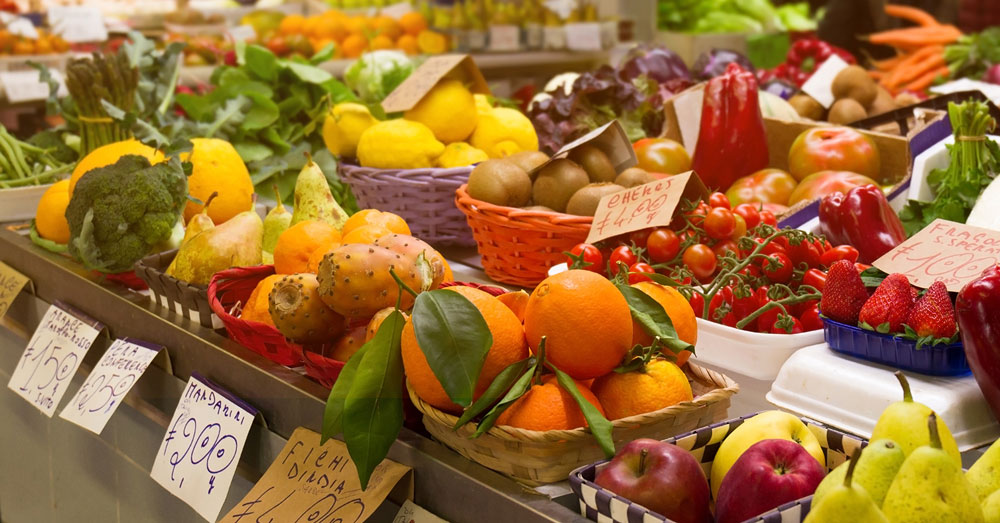 Walking down the produce aisle at your local grocery store, you have a thought: maybe I should shop organic today. It is healthier, after all.

As you bag a stalk of organic broccoli, you catch a number blaring at you from the shelf below. Whoa. You lower your hand and recoil in hesitation. The price is much higher than you anticipated. On second thought… and just like that, you’re back in the congested yet familiar aisles of conventional produce and smaller prices, because you decided that you have many hungry bellies to fill and a finite supply of money and health is just too darn expensive.

Does that scenario sound familiar?

Let’s be honest, it is all too common for Americans to opt for conventional (read: inorganic) produce when their organic counterparts are a few bucks extra (especially with a tight wallet and an expanding family). This begs the question: are organic foods inherently healthier, so much so that they are worth the extra dollar? Before we explore the benefits of organic, let us virtually tour a conventional farm to how understand how inorganic produce is grown.

This begs the question: are organic foods inherently healthier, so much so that they are worth the…

It begins just after the farmer buries the seeds in the soil. As the little plants grow, the farmer needs to ensure their survival from insects and animals nearby. So he slips into his protective gear—a white suit, gloves, and a face mask so thick, it resembles something like a hazmat suit from Stranger Things—and ventures out to spray several pesticides, herbicides, fungicides, and other powerful chemicals onto the plants. The farmer then harvests these crops and sends them off for your consumption. (This is when you enter the scene). After returning that organic stalk of broccoli to its shelf, you pick up its conventional counterpart and cook it that night for dinner, not realizing that broccoli isn’t the only thing your body will ingest. Those harmful chemicals, too, are part of your dinner menu.

Here are three facts to keep in mind during your next grocery trip:

For the non-vegans reading this, know that the pitfalls of conventional farming also extend to animal agricultural. Those very animals that provide you your inorganic meat, dairy, and eggs are treated inhumanely in commercial farms, and the ills from their existence trickle into your own wellbeing. Picture this: commercially-farmed cows are injected with antibiotics, growth hormones, and disease-preventing medication while sentenced to immobility in confined barns. They do not graze in green pastures, as their biological nature demands; rather, green grass is traded for genetically-modified corn, which not only causes disease in cows, but also renders their meat and dairy to be disease-causing and nutrient-deficient. And to maximize human consumption of their milk, these commercial cows are separated from their newborn calves immediately after birth. Only a cow’s psychological distress can result from this early separation.

Unfortunately, commercial eggs aren’t any different. Most commercial eggs come from hens fed an unnatural diet of soy and corn, and when we consume these eggs, we are also consuming their pro-inflammatory and nutrient-deficient properties.

What if I can’t afford organic foods?

Big families and tight budgets are a legitimate reason to abandon the fantasy of an all-organic fridge, but that doesn’t mean you shouldn’t try! Some produce items are worth the extra buck—namely the thin-skinned ones—because they absorb heavy amounts of toxic chemicals and pesticides. Avoiding them altogether would do better for your health than consuming them in their conventional form. Many websites coin these “The Dirty Dozen Foods,” and though the list changes annually, the top culprits usually include: strawberries, spinach, nectarines, apples, peaches, pears, cherries, grapes, celery, tomatoes, sweet bell pepper, and potatoes.

And if organic prices remain a hindrance, purchase more thick-skinned conventional produce, as well as produce with easy-to-peel skin, to limit your chemical consumption. Bananas, avocados, and pineapples are great go-to options! There is also a no-charge kitchen hack to buffer your contact with pesticides and herbicides: simply wash your produce using a ten percent salt solution. In a bowl, mix nine parts water and one part salt and let your produce party in there for a good ten minutes. Use that break to read more of our blog posts (for more free health hacks!), and when you return, rinse the produce with plain water before consumption.

Shaving bucks from your grocery bills can be tempting—we’ve all been there. But pause for a moment and recalibrate your perspective: preventative lifestyle changes are an investment toward long-term health. And that long-term health may translate to fewer medical bills in the future; to better moods and energy levels; to little need for over-the-counter pills and buckets of supplements lined up by your nightstand. A few bucks might seem like a lot now. Just know, an ounce of prevention is always better than a pound of cure.

A few bucks might seem like a lot now. Just know, an ounce of prevention is always better than a…